Showing posts from October, 2011
Show all

By Colombian Mommy - October 25, 2011
I'd like to highlight what I consider to be the best music posts from the past three years. I hope you'll take the time to check them out. #1 -- History of Salsa Series -- started on March 15, 2011 If you have missed the wonderful series that Colombian Daddy has been providing over the last 7 months, you have really missed out. Known as Tunes for Tuesday, he has provided a great history into the development of this Colombian sound. Read his first post in the series here: http://raisingcolombiankids.blogspot.com/2011/03/tunes-for-tuesday-intro-to-salsa.html #2 -- Pombo Musical -- originally posted on March 16, 2010 http://raisingcolombiankids.blogspot.com/2010/03/pombo-musical.html #3 -- Francisco el Hombre -- originally posted May 28, 2009 http://raisingcolombiankids.blogspot.com/2009/05/francisco-el-hombre-legendary-man-that.html #4 -- The Colombian National Anthem (with English Translation of Chorus and 1st verse) -- originally posted on April 14, 2009 http://rai
Post a Comment
Read more 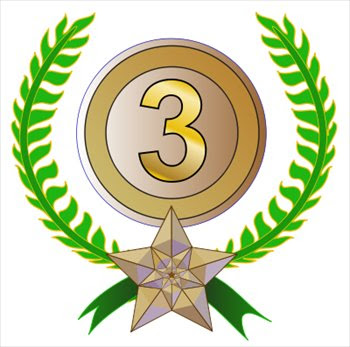 Three years ago this week, I started the Raising Colombian Kids Blog. I did so in hopes of filling a need for more information -- in English -- for families with Colombian Kids. In the first weeks, I had just a few followers, and now -- though I still cannot say that I have thousands. I am happy to be reaching many of you. This week I wanted to highlight some of my favorite posts from the past. Today, I wanted to highlight some of my favorite blogs from the past. Please take time to read them :) Here are my top 5 posts on appropriate etiquette in Colombia: #1 The Colombian Concept of Time -- original post date January 8, 2009: http://raisingcolombiankids.blogspot.com/2009/01/colombian-concept-of-time.html #2 Taxi Etiquette -- original post date July 1, 2010 http://raisingcolombiankids.blogspot.com/2010/07/one-familys-return-trip-taxi-etiquette.html #3 Bus Etiquette #1 -- original post date June 28, 2010 http://raisingcolombiankids.blogspot.com/2010/06/one-familys-retu
Post a Comment
Read more

By Colombian Mommy - October 22, 2011
This most recent Wait List was published by ICBF on October 21, 2011. Once again, there has been a lot of movement. Great news for adoptive parents and for Colombian Children!! Remember, the ICBF Wait List applies to adoptions through ICBF only -- not through CASAS PRIVADAS. It also ONLY APPLIES TO NON-COLOMBIAN FAMILIES. It DOES NOT reflect special needs children. The definition of special needs are children with disabilities, children over 8 years of age, and sibling groups of 3 or more. EVERY CATEGORY HAS ADVANCED THIS TIME!!! The dates that have moved are in BOLD . Also, this list only reflects that there are no more dossiers at the national office prior to the date shown. Dossiers from before December 2007 in the 0-23 months category, for example, may still need a referral, but they have already been sent to a region and are no longer waiting at the national office. Age of Child ------- Date of Application Approval by ICBF Child 0-12 months ------ Dec - 2007 Child 13
Post a Comment
Read more

By Colombian Mommy - October 19, 2011
Colombia has long been know as the world's leading cocaine producer, but did you know that it has long been Latin America's largest producer of gold? Over the last few years, Colombia has continued to increase its gold production doubling it from what it was 2 years ago. This means more $$$$ is available and many groups are vying for control of the money -- multinational companies, guerilla groups, drug cartels, and other criminals all want in on the action. You can hear an interesting report here: http://www.npr.org/2011/08/10/139347972/foreign-policy-downgrade-good-as-gold-literally
Post a Comment
Read more

By Colombian Mommy - October 13, 2011
In 2006, we initiated our adoption from Colombia. Within 4 months, our dossier was happily on it's way to Colombia. On September 28, 2006, we got news that our dossier had been approved and was being sent to Bogota Region. We had requested a young sibling group -- preferably twins. Then, just 2 weeks later, on October 12, 2006, we received a strange call. Someone -- not from our family -- in Colombia was trying to contact us. My husband called back and spoke with the adoptions committee chair in Bogota [I just want to point out that this is HIGHLY unusual and would require a lengthy explanation, but it would suffice to say that he had spoken with her previously because we were in a unique situation and had had a host of problems]. The Conversation: The question: Were we married to the idea of siblings? They didn't have any at the time. Husband's answer: Ok, we would consider one child. The statement: Great, because the Committee had assigned us a little boy, 2
3 comments
Read more

The race to find out whether or not Colombia will go to the World Cup has begun. Yesterday, they played game #1 against Bolivia -- and won 2-1. Here are those ever important GOLES!!
Post a Comment
Read more 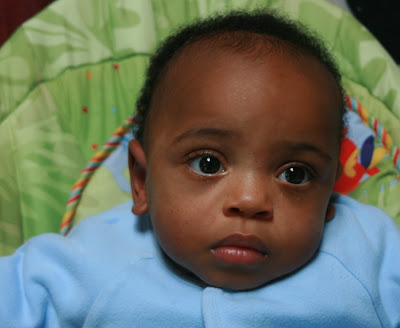 Recently, I received permission to post the following information on my blog in hopes of generating interest in the case of this little angel. She is 17 months old, born in Bogota, and needs a forever family that understands what parenting a special needs child is all about. This beauty was born premature at 29 weeks. Because of her prematurity, she has suffered a number of complications. These include pulmonary dysplasia (which is improving) -- read more here: http://kidshealth.org/parent/medical/lungs/bpd.html And hypertonia -- read more here: http://en.wikipedia.org/wiki/Hypertonia The latter is being treated with physical therapy at the moment. If you are interested in providing a loving home for this child, please send me an e-mail to the address listed above on my blog. I can put you in contact with someone who can get you more information.
1 comment
Read more

By Colombian Mommy - October 05, 2011
Pandebono just screams Valle del Cauca!! It is a delicious cheese bread, but ever so hard to get right here in the U.S. I have tried several internet recipes to no avail. However, I did find one that I like. Well, it is an acceptable approximation, even Colombian Daddy approved. I refer you the the following website for the recipe. However, please not that while the title of the blog is My Colombian Recipes, a lot of the recipes are not Colombian. I also haven't tried many of the recipes, so I can't vouch for their authenticity. I think the key to this recipe is the Feta cheese -- just enough, not too much. http://www.mycolombianrecipes.com/pandebono-colombian-cheese-bread
2 comments
Read more

One of the best known lead singers from Fruko y Sus Tesos is Wilson "Saoko" Manyoma . I have mentioned him before when I spotlighted " El Preso " as one of the top songs most Colombians would recognize. (http://raisingcolombiankids.blogspot.com/2011/01/tunes-for-tuesday-songs-most-colombians.html). El Preso is Fruko 's anthem and an achievement in Colombian salsa. Manyoma sang this song just like he did many of Fruko's hits from the early 70s through the 80s. Here it is, translated this time. (He doesn't say Borgona , as the translation reads. He says G orgona , which used Colombia's Alcatraz, an island prison off the Pacific coast, and which is now a natural park.) And here's another one of Manyoma's performances: Los Charcos (The Puddles) with Fruko y Sus Tesos :
Post a Comment
Read more

The myth of La Tunda comes from the Colombian Pacific region (think Buenaventura) and is common among Afrocolombians throughout today's department -- Valle del Cauca (fondly called el Valle). It is used to scare people into behaving correctly. So, here goes: La Tunda La Tunda, when seen as herself and not in one of her shapeshifting forms, is a very ugly woman. Some people say that one of her feet is shaped like a MOLINILLO (the wooden stick used to stir chocolate in Colombia). Others say that the foot is made of the root of the tingui-tingui tree. The other leg looks like that of a child. Either way, it is not very appealing. She hunts along the coast for children who have not been baptized (los moritos), disobedient children, and unfaithful men. To each of them, she appears as their mother or another loved one and lures them into the jungle. Once in the jungle, she feeds them shrimp and crab that she farts on. Something about that fart hypnotizes her prey and makes t
Post a Comment
Read more
More posts