Showing posts from December, 2008
Show all

By Colombian Mommy - December 31, 2008
If you are lucky enough to be in Colombia on New Year's Eve, what you will hear is a LOT of music. But, no matter what you happen to be listening to during the evening, at five minutes to 12, you will hear a song called: Cinco Pa' Las 12 by Nestor Zabarce . Hear a sample of this song at the following place. http://www.buy.com/prod/vol-2-super-bailables-del-ano/q/loc/109/60377868.html The other song you will inevitably hear is: El Año Viejo by Tony Camargo http://www.youtube.com/watch?v=qzFowCHbKGY Both songs are also available at i Tunes for .99 cents each. Another great Colombian music purchase and addition to your Año Nuevo festivities. Happy New Year!
5 comments
Read more 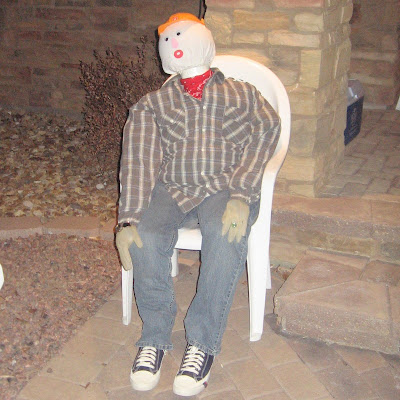 By Colombian Mommy - December 29, 2008
Christmas and New Year's are typically the time when Colombian families will go through the arduous work of preparing TAMALES. Tamales are a family affair and every one has a job. Preparation for tamal making starts the day before you plan to actually make the tamales by preparing a GUISO and marinating the meat that will be used. Step #1 -- Marinate the Meat 6 pork chops -- bone in is a must 12 chicken legs and thighs -- again you need the bones in Marinate this meat overnight in the following GUISO . 12 green onions 4 medium onions 3 cloves garlic 2 teaspoons cumin 2 teaspoons Colór -- the ingredient I mentioned for the Empanada recipe. salt -- to taste Blend the above ingredients in a food processor. Then add: 3 whole dried bay leaves Pour GUISO over over meat and then stir the meat until all the meat is covered. Place in the refrigerator over night. Step #2 -- Cook the Meat First, remove bay leaves from the meat. Brown the meat in a frying pan and then b
3 comments
Read more

By Colombian Mommy - December 26, 2008
The 28th of December is the Día de los Santos Inocentes in Colombia. It is based on a Catholic holiday that commemorates the children, younger than 2 years of age, that were ordered killed by King Herod after the Three Wise Men did not return to tell Herod where the child king could be found. This holiday is celebrated much in the way we here in the US celebrate April Fool's Day. It is a day for playing tricks on people, fake news reports, and jokes. On this day the Colombian newspaper, El Tiempo , publishes a sepcial insert called El Trompo which is filled with funny and fictious stories about current events. If you'd like to prepare your family a special Santos Inocentes dinner in honor of this holiday, Check out the recipes that Family Fun magazine has for April Fool's Day. There is a section called Fun Food Pranks. It is a fun way to introduce kids to this Colombian holiday. Click on the title of this post to go to the Family Fun website.
2 comments
Read more

By Colombian Mommy - December 25, 2008
The English translation of Aguinaldo is Christmas Gift, and it can mean many things depending on the Spanish speaking country where you are from. For example, in Mexico, it refers to the Christmas monetary bonus that people often receive. In Colombia, there is a fun game that people begin to play 9 days before Chirstmas during the Novena. It is one of the oldest Chirstmas Traditions in Colombia. The game is often called just Aguinaldos , and though there seems to be some variety in how people play it, the idea remains the same. You make a agreement with one person, or perhaps several people to play a specific Mis Aguinaldos game, of which there are several including: Al Sí y Al No Dar y No Recibir Tres Pies Pajita en Boca Preguntar y No Responder Beso Robado Before you play a game, you agree with one or more people to play a particular Aguinaldo game -- rules below. You decide who be on which side of the game and you decide on either a prize for the winner or a punishment f
Post a Comment
Read more

What happens to some children that are never aodpted?

By Colombian Mommy - December 24, 2008
On December 14 th , 2008, El Tiempo published and article about 2,678 people, who although they were abandoned as children, were never adopted. This is the number of people who are now adults and yet remain dependent on ICBF for their care. The article states that of the 2,678, only 1,074 have some sort of disability. Here is a summary , in English, of the article. The article follows the life of Luz Ameida , who became part of the ICBF system when she was 8 year old -- now 27. She is paralyzed on one side of her body. She recently received her diploma and hopes to find a job in a supermarket and become more independent. On average, 8,000 children ages 0-18 are on the waiting list for adoption. Of these 5,749 are considered SPECIAL NEEDS because of disability, age (over 8), or because they are part of a sibling group. Others are not adopted because they are of African American or Indigenous decent. The article mentions that the KIDSAVE program in the US and the Private Adoptio
Post a Comment
Read more 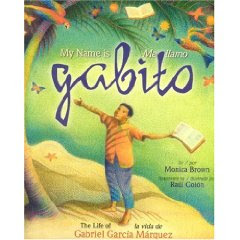 If you are looking for a great present for your Colombian child, might I suggest one of the following picture books. My Name Is Gabito/Me Llamo Gabito: The Life of Gabriel Garcia Marquez/La Vida De Gabriel Garcia Marquez by Monica Brown with illustrations by Raúl Colón. To say that Colombians are proud of their noble prize winning author -- Gabriel García Márquez -- is an understatement. He is a national hero. This bilingual book introduces young readers to the life and magical realism of García Márquez. While your kids may not be ready for One-Hundred Years of Solitude or Love in the Time of Cholera, yet. This is a great way to introduce them to this GIANT of Colombian literature. Saturday Sancocho by Leyla Torres Ms. Torres is a native of Colombia and this book is set in Colombia. The girl spends Saturday making Sancocho with her grandparents. The pictures are so great. I feel I am walking to the mercado with my suegra (mother-in-law). This bo
1 comment
Read more

By Colombian Mommy - December 20, 2008
I am planning on posting Monday - Friday. I need to take the weekends off :). See you back on Monday. I've got 5 new entries ready for next week including last minute gift suggestions for your adopted Colombian child.
1 comment
Read more 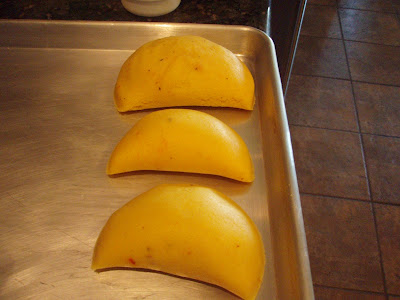 The taste of Empanadas Colombianas can vary depending on the region where you try them. However, this is the recipe for my Mother-in-Law's empanadas. There are basically 2 different kinds of empanadas -- the meat ones and the chicken ones. This is a recipe for the meat ones. STEP 1: Prepare the MEAT. I use a pot roast, though some people use a pork roast. You must season the meat the night before with a GUISO -- this is the word my Suegra (Mother in Law) uses. In a food processor, mix: 1 large onion 2 cloves of garlic 4 green onions 5 sprigs of cilantro -- cut off the stem Pour this mixture (the Guiso) over your meat and let it marinate over night. Next morning, put the meat on to cook. I use a Crock-Pot so that the meat is extra tender. I dump the meat and its marinade into the pot and let it cook 8 hours on low. When the meat is cooked and tender, take it out and separate it into little pieces with your hands. Place in a bowl and set aside. STEP 2:
3 comments
Read more 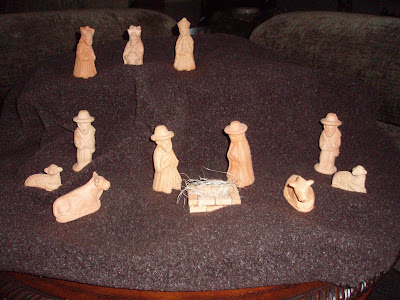 "Where's Baby Jesus?" This is a comment heard every time someone visits our house during the Christmas season. Unlike here in the States, where most perople's Nativity sets are displayed through the season with Baby Jesus is full view, in Colombia the infant is noticably absent. Absent that is until December 24th, when at midnight the children make a big deal of putting the infant child in the manger. This is our Colombian nativity set. It was made in Ráquira, Boyacá. http://www.colombia.com/turismo/sitio/raquira.asp Mary, Joseph, and the Shepherds have a unqie Colombian twist to their attire. They are dressed like Boyancenses -- complete with Ruanas and Sombrero. I thought it would be good to encourage adopting families to purchase a Nativity set while they are in Colombia. This one cost us $5 US. It is small enough to fit in 1/2 of a shoebox, and well worth seeing and using every Christmas. Sorry I a
2 comments
Read more

A while back, I read in an adoptive family's blog a story that made me laugh and cry. This adoptive family had just adopted an almost 3 year old boy. This little boy was reported to be potty trained. Of course, the family was thrilled. Who wouldn't be? Imagine their surprise when a shell shocked little boy would mumble something and then pee his pants. What was going on? After several experiences, the family was sitting at a restaurant when the boy began mumbling something. The waiter, understanding what all Colombians understand, leaned over to the family and said, "He go toilet." Sure enough, the boy peed his pants. What is it that the waiter knew that the family did not? Two simple words: " CHI CHI " Pronounced (chee-chee). These are the nearly universal words used by Colombian kids to let you know that they GOTTA GO! If you want to know what they use for #2, typically either " PO PO " (Pronounced: poh poh) or " POPIS " (Pronounce
2 comments
Read more

Colombian Person of the Year

By Colombian Mommy - December 16, 2008
Just like Time Magazine , the Colombian newspaper El Tiempo announces a Person of the year every December. This year's winner has been announced: JUANES . http://www.eltiempo.com/vidadehoy/gente/home/ARTICULO-WEB-PLANTILLA_NOTA_INTERIOR-4722349.html JUANES, for those who don't know, is a Colombian musician. Back in March, when Venezuela was amassing tanks and troops on the border with Colombia, Juanes organized a concert --Peace Without Borders (Paz Sin Fronteras) -- right on the bridge that connects Colombia and Venezuela in Cúcuta. He also has worked tirelessly to promote the removal of land mines in Colombia. A recurring theme of the lyrics in his songs is PEACE in Colombia, and he has been called the Bono of Latin America. If you are lucky enough to be able to read the article in El Tiempo, you will find it refers to one of his songs called SUEÑOS. According to the article, it is the anthem of those being held by the FARC in the jungles of Colombia. Here are the lyri
1 comment
Read more 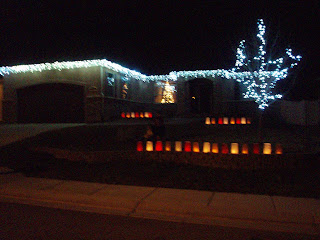 December 7th marks the official beginning of the Christmas season in Colombia . It is the Día de la Anunciación -- a Catholic holiday. However, Catholics and non-Catholics alike celebrate this day by placing candles and lanterns and lights all over the front of the house and along the sidewalks. It is known as the Día de Velitas or El Alumbrado . We continue this tradition in our family by placing red, white and green paper lunch sacks each filled with sand and a lighted candle around our front yard. My husband also tells about Angel Gabriel's announcement that María was with child. In Colombia, the entire neighborhood is outside and you can hear music, laughter, and singing. There is also plenty of dancing. Here in the States, we are the only ones on the street, but it makes for a meaningful evening with our kids. You can see how this holiday was celebrated in Colombia last night by clicking on the title of this post and then clicking where it says VER GALERIA.
Post a Comment
Read more
More posts