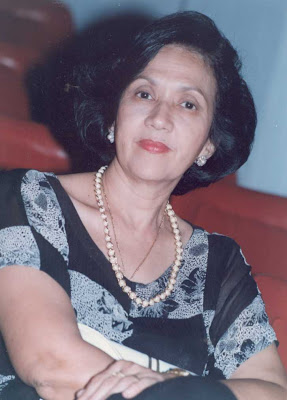 Consuelo Araujo Noguera was born in Valledupar, on August 1, 1940. She was the youngest of nine children and she had to leave school at the age of 14 to work and help pay for the education of her older brothers. She would later claim that this event actually helped her to develop and independent spirit and an ability to look beyond what was typically expected of women.

For over 20 years, she wrote a regular column for the newspaper El Espectador. She also had a regular program on a Valledupar radio station.

She was best known as a tireless promoter of local folklore, and particularly Vallenato. In 1968, Consuelo Araujo helped to found the Festival de la Leyenda Vallenata, which takes place in Valledupar every April.

Her father, Santander Araujo, was a local leader of the Liberal Party, and her political connections eventually secured her the Colombian consulship in Sevilla, Spain from 1974-78, under the Liberal presidency of Alfonso Lopez Michelsen. She was also a prominent political figure in Cesar, where she earned the nickname, La Cacica (ka SEE ca), which means the "Chief". The nickname reflected her personality and influence in the power structure.

In 1997, she ran for the governorship of the Department of Cesar, but she lost the election. However, in July 0f 2000, she was offered the job of Minister of Culture. She created quite a stir when she delcared that it was "not the job of the culture ministry to promote 'foreign' things such as opera, jazz and theatre festivals." She preferred to spend the public money on regional cultural events. She soon resigned, and went back to running the Vallenato Festival in Valledupar.

Months later while travelling outside of Valledupar, her car was stopped at a roadblock set up by the FARC (Revolutionary Armed Forces of Colombia). She was kidnapped by them and take to the mountains. When she collapsed and told her captors that she could walk no further, she was shot in the face and killed.

You can read more here in English:
http://en.wikipedia.org/wiki/Consuelo_Ara%C3%BAjo

Or here in Spanish:
http://www.festivalvallenato.com/html/el_festival/el_festival_origen_consuelo.htm