Tejo has its roots in the native Muisca culture. Originally called Turmequé, the sport has been played on the Altiplano Cundiboyacense for over 500 years. It was the sport of the Indian aristocracy, who used a gold disc and simply threw it into a circle placed in clay. 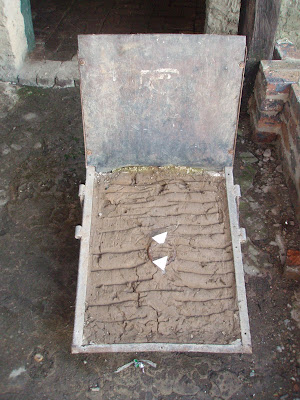 Today, the game is played on a field called a cancha, about the size of one really wide bowling lane (2.5 meters wide x 19.5 meters long). On each end, you'll find an angled container filled with clay. In the center is the round metal target, called a bocin. There are also triangular pouches of gun powder (called mechas) in the clay. 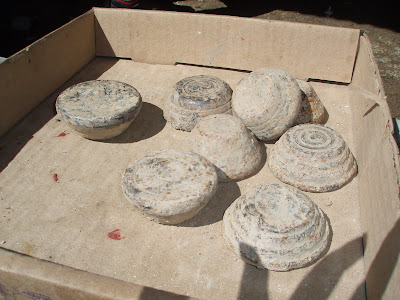 The object of the game is to throw a tejo (a small metal disc weighing about 1/2 - 1 pound) into the bocin and blow up a mecha -- if you do this you get 9 points. If you throw the tejo and hit the bocin, but there is no gunpowder explosion, then you get 6 points. There are a few other scoring rules, but you get the idea. 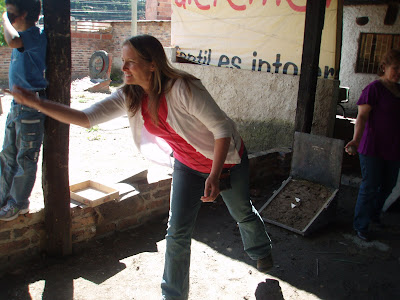 Now, tejo has become synonymous with beer. Most games are played in a bar type atmosphere and often the loser buys the beer for the other team. (Not exactly a family friendly environment, so we played without alcoholic lubricant on a cancha all to ourselves.)
Altiplano Cundi-Boyacense One Family's Return Trip Sports